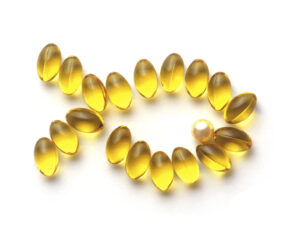 The results of a new study suggest that omega-3 supplements may help with preclinical Alzheimer’s disease.

The study was small, but not the first of its kind. And the results were significant. Researchers found that in those with minor and pre-mild clinical impairment, the nutritional supplementation appeared to result in a clearance of the amyloid-beta protein associated with Alzheimer’s. They also found reduced inflammation in neurological tissues

Gerald Weissmann, M.D., Editor-in-Chief of The FASEB Journal, had this to say: “We’ve known for a long time that omega-3 fatty acids and some antioxidants can be beneficial to people with a wide range of health problems, as well as protective for healthy people. Now, we know that the effects of these supplements may extend to Alzheimer’s disease as well.”

The research is clear. Add “Alzheimer’s prevention” to the long list of wonders fish oil can do for your body. (If you need a reminder, check out this article on omega-3s’ many health benefits – and start supplementing.)

You'll get the latest news and updates on science and recommendations you'll find in our library of protocols. As well as exclusive updates, offers, and news of the latest protocols.